A microscope designed to take three-dimensional images at high speed based on the principle of a scanning tunnel microscope. Can observe the changes in the activities of large molecules in the body.

Atomic Force Microscope (AFM), an analytical instrument that can be used to study the surface structure of solid materials including insulators. It studies the surface structure and properties of substances by detecting the extremely weak interatomic interaction force between the surface of the sample to be tested and a miniature force-sensitive element. Fix a pair of micro-cantilevers that are extremely sensitive to weak forces, and the tiny tip of the other end is close to the sample. At this time, it will interact with it, and the force will cause the micro-cantilever to deform or change its motion state. When scanning the sample, using sensors to detect these changes, you can obtain the force distribution information, so as to obtain surface structure information with nanometer resolution. 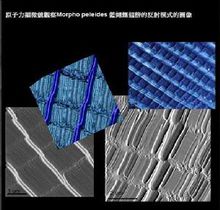 Compared with scanning electron microscope (SEM), the disadvantage of AFM is that the imaging range is too small, the speed is slow, and it is too affected by the probe. Atomic Force Microscope (Atomic Force Microscope) is a new type of instrument with high resolution at the atomic level invented after Scanning Tunneling Microscope. It can perform physical properties of nano-areas on various materials and samples in the atmosphere and liquid environment. Including the detection of morphology or direct nano manipulation; it has been widely used in the fields of semiconductor, nano-functional materials, biology, chemical industry, food, pharmaceutical research and research institutes in various nano-related disciplines, etc. Basic tools for research. Compared with scanning tunneling microscope, atomic force microscope has wider applicability because it can observe non-conductive samples. The scanning force microscope (Scanning Force Microscope) currently widely used in scientific research and industry is based on the atomic force microscope.

In an atomic force microscope (AFM) system, the force to be detected is the van der Waals force between atoms. Therefore, in this system, a tiny cantilever is used to detect the change in force between atoms. The microcantilever is usually made of a silicon wafer or silicon nitride wafer that is generally 100 to 500 Î¼m long and about 500 nm to 5 Î¼m thick. There is a sharp needle tip at the top of the microcantilever, which is used to detect the sample-needle interaction force. This tiny cantilever has certain specifications, such as length, width, elastic coefficient, and shape of the needle tip, and the selection of these specifications is based on the characteristics of the sample and the different operating modes, and different types of probes are selected. 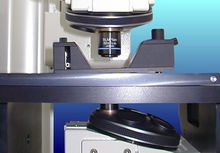 In the atomic force microscope (AFM) system, when the needle tip interacts with the sample, the cantilever cantilever will swing, so when the laser is irradiated on the end of the microcantilever, the position of the reflected light will also be caused by the cantilever swing There is a change, which causes an offset. In the entire system, the laser spot position detector is used to record the offset and convert it into an electrical signal for the SPM controller to perform signal processing.

In an atomic force microscope (AFM) system, after a signal is taken in through a laser detector, this signal is used as a feedback signal in the feedback system as an internal adjustment signal, and drives a scan usually made of piezoelectric ceramic tubes Appropriate movement of the instrument to maintain a certain force between the sample and the needle tip.

Atomic Force Microscope (AFM) combines the above three parts to present the surface characteristics of the sample: In the AFM system, a tiny cantilever is used to sense the interaction between the tip and the sample, This force will make the micro cantilever swing, and then use the laser to illuminate the end of the cantilever. When the swing is formed, the position of the reflected light will change and cause an offset. At this time, the laser detector will record this offset. The signal at this time will also be given to the feedback system to facilitate the system to make appropriate adjustments, and finally the surface characteristics of the sample will be presented as an image.